With the notable exception of tomatoes, tinned food is often viewed as being somehow inferior – something you might grudgingly eat if you haven’t had time to do a proper shop. That’s not fair.

For one thing, it’s usually preserved at the peak of its freshness, meaning your sweetcorn, sardines and peaches all come packed with their full array of nutritional benefits – in many cases, more than their so-called fresh equivalents.

Not only that, they also often come with a few added extras you can use. The syrup in tinned fruit can be used in making drinks and ice lollies, while the water that chickpeas and beans are preserved in can be used to add extra nutritional value to stews or even in place of eggs in baking. (This liquid is called aquafaba – for 20 amazing uses, visit vegansociety.com).

When it comes to feeding a family during lockdown – or even just making a meal for one – it’s all about making do. So what if you don’t have every single ingredient called for in the recipe? By being a bit resourceful – making a few swaps here and there, and digging out some of those tins that you’ve got at the back of the cupboard – you can still make delicious meals. 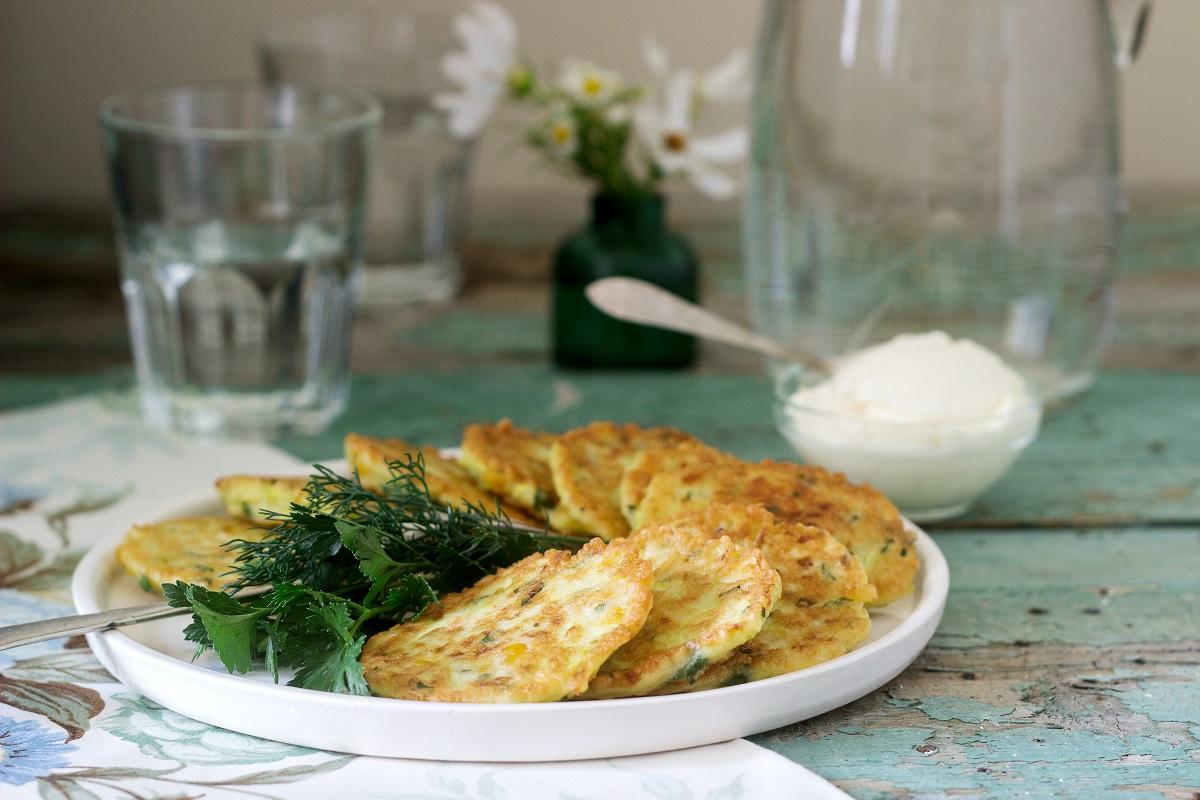 Canned sweetcorn is incredibly useful. For one thing, it pairs superbly with that other shelf stalwart, tinned tuna. Mix the two together with a big slick of mayo and plenty of pepper – just the thing to plop on top of a jacket spud. It’s good in salsas, too. Mix with diced red pepper and avocado, tinned black beans, a squeeze of lime, a squirt of tomato ketchup, a splash of Tabasco or other hot sauce and season well, and you have a great accompaniment to fajitas or burritos. With the kids at home, we’re having to make more lunches, and sweetcorn is useful here, too – try our satisfying spiced sweetcorn fritters recipe that can be knocked up in minutes.

Tinned potatoes are a severely underrated ingredient. Not convinced? Well, try popping them into the next curry you make. Not only do they taste great and keep their shape well, you also don’t have any of that peeling and par-boiling business to worry about. They are just as good added to a frittata, that Italian take on omelette that’s a great way of using up any leftovers (see recipe in our blog on using your freezer). They roast well, too, and can be mashed to add to tinned salmon to make fishcakes, or to cabbage and bacon for bubble and squeak – another great lunchtime option, best enjoyed alongside tinned baked beans.

Another often overlooked ingredient, tinned mushrooms are useful to have to hand. For lunch, they’re great fried in butter and plenty of garlic and used to top toast – call it a mushroom bruschetta if you’re feeling fancy! And for dinner, try using them to bulk out a stew or bolognese sauce. They’re also good thrown into a stir-fry, alongside whatever fresh veg you have (batons of carrot, strips of red pepper) or other tinned veggies, such as green beans. Or do as the Russians do and add them to strips of flash-fried beef in a creamy sauce for a quick stroganoff to serve with rice and a green salad. 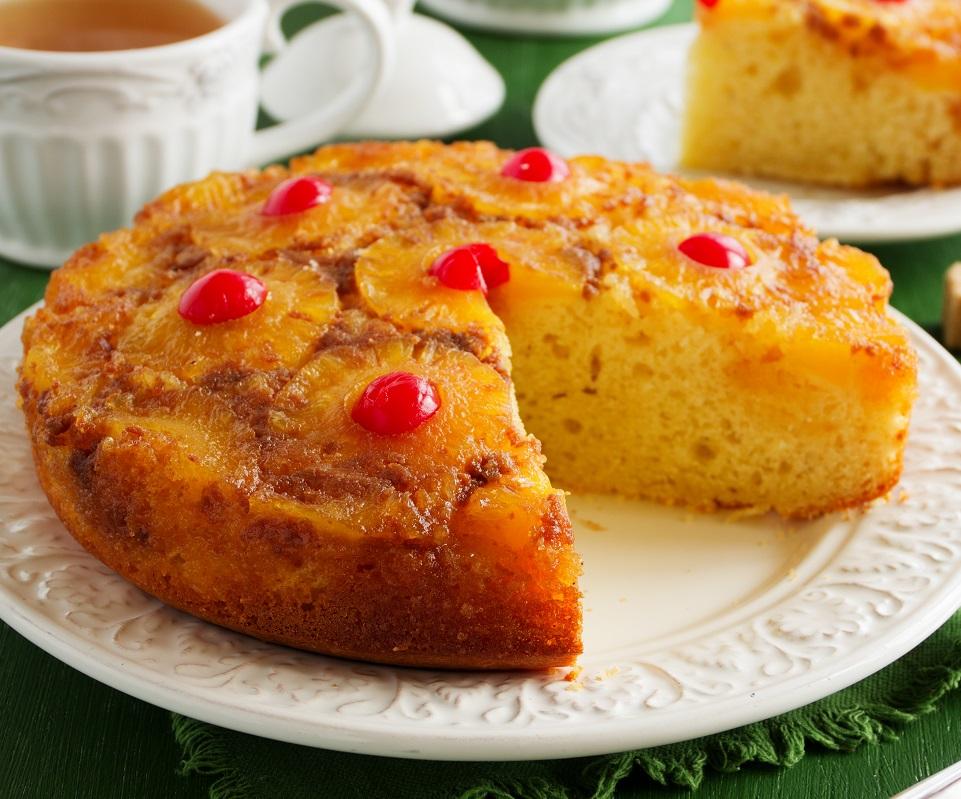 In a recent TV series, Jamie Oliver banging on about the virtues of tinned pears caused a nationwide shortage. He had a point, though – they’re really useful, not least with pork. Trying adding pear halves to a tray of roasting pork chops, before serving with peas and potatoes, or cook them with a joint of pork leg or loin, pot-roasted in cider. Of course, they’re good in desserts, too. Try them in a tarte tatin. Lay pear halves cut-face down in a pan of hot caramel, before topping with ready-made puff pastry and finishing off in the oven – great with ice cream!

Tinned pineapple is one of the most commonly found fruit in our cupboards and with good reason. A classic, old-school pineapple upside-down cake proves the wisdom of the old adage: ‘if it ain’t broke, why fix it?’ Pineapple chunks or rings have plenty of savoury uses, too – regardless of where you stand on the pineapple-on-pizzas issue. Try adding to a stir-fry along with strips of chicken, red pepper and green beans. Or use in an Asian-accented noodle salad with stir-fried broccoli spears and cashews, to serve alongside salmon fillets. You can also go the full Del Boy and blend it with rum, coconut milk, lime juice and ice for your own Lockdown piña coladas (cocktail umbrellas optional).

Tinned peaches are a pudding staple but they have their savoury uses, too. They also make a good salsa to go with Mexican food – use with the combo outlined for sweetcorn, above. As with pears, they go well with pork – try roasting them alongside chops or char-grilling them to serve with roast tenderloin. Char-grilled peaches are a good addition to a salad, too – try to balance them with something salty, such bacon or grilled halloumi cheese. 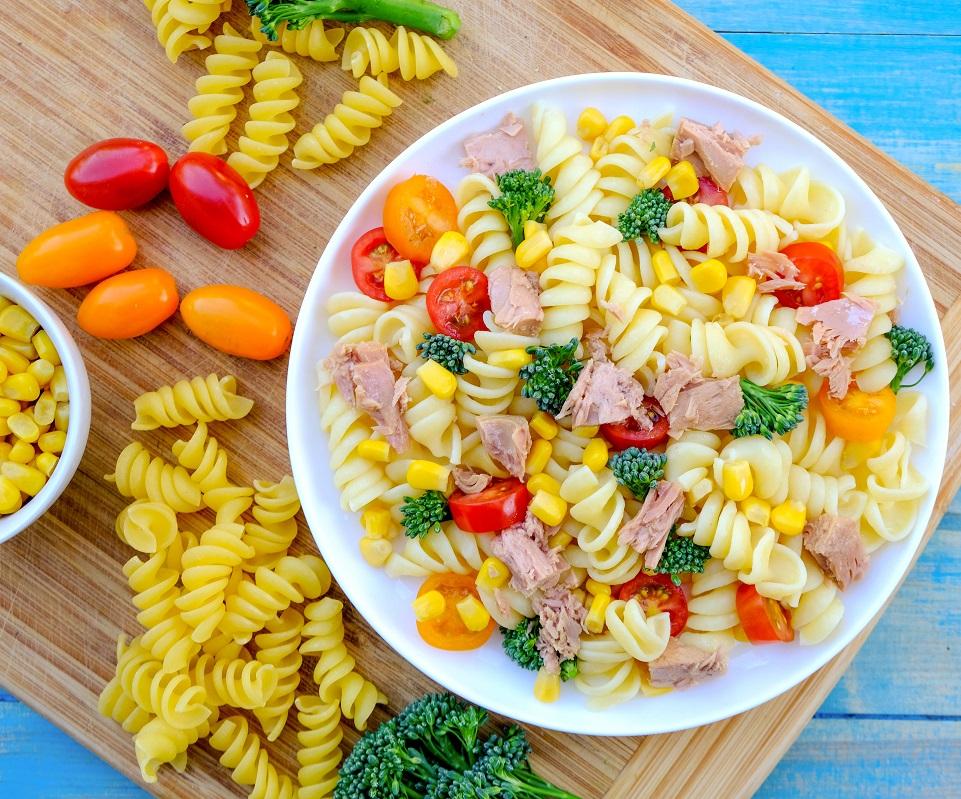 A store-cupboard staple with good reason, tinned tuna is incredibly useful. It’s good in pasta. Try it flecked through cooked penne with broccoli spears and diced tomatoes, or added to a creamy pasta bake, bulked up with whatever veg you have to hand (butternut squash is good) and topped with grated cheddar. It’s also good in salads – try partnering with lettuce, green beans, halves of boiled egg, black olives and cooked white beans. Oh, and did we say how well it goes with mayo and tinned sweetcorn?

Like tuna, tinned sardines are also good with pasta. Try adding a tin of sardines in olive oil to some diced onion sautéed with chilli flakes and garlic, before tossing through freshly cooked spaghetti. Add the juice and zest of a lemon, a little chopped parsley and enough of the pasta’s cooking to loosen the sauce, then serve. Perhaps you’ve only got sardines in tomato sauce? No worries. Just use that instead, along with a couple of diced fresh tomatoes. For lunch, try tinned sardines added to couscous, along with diced tomato and cucumber, flaked almonds and chopped parsley. And talking of lunch, isn’t it about time to rediscover the simple pleasures of sardines on toast?

Anchovies are great on pizzas and a brilliant addition to stews and casseroles, adding a layer of savoury depth wherever they’re deployed. They can also play a starring role in meals. The Swedes rightly revere a dish called Janssen’s temptation in which boiled potatoes are layered with tinned anchovies (or sprats) and baked in cream. Meanwhile, in Venice, a dish the locals call bigoli in salsa involves slow-cooking onions in olive oil till meltingly soft, mixing them with plenty of tinned anchovies and chopped parsley, then tossing through cooked spaghetti. 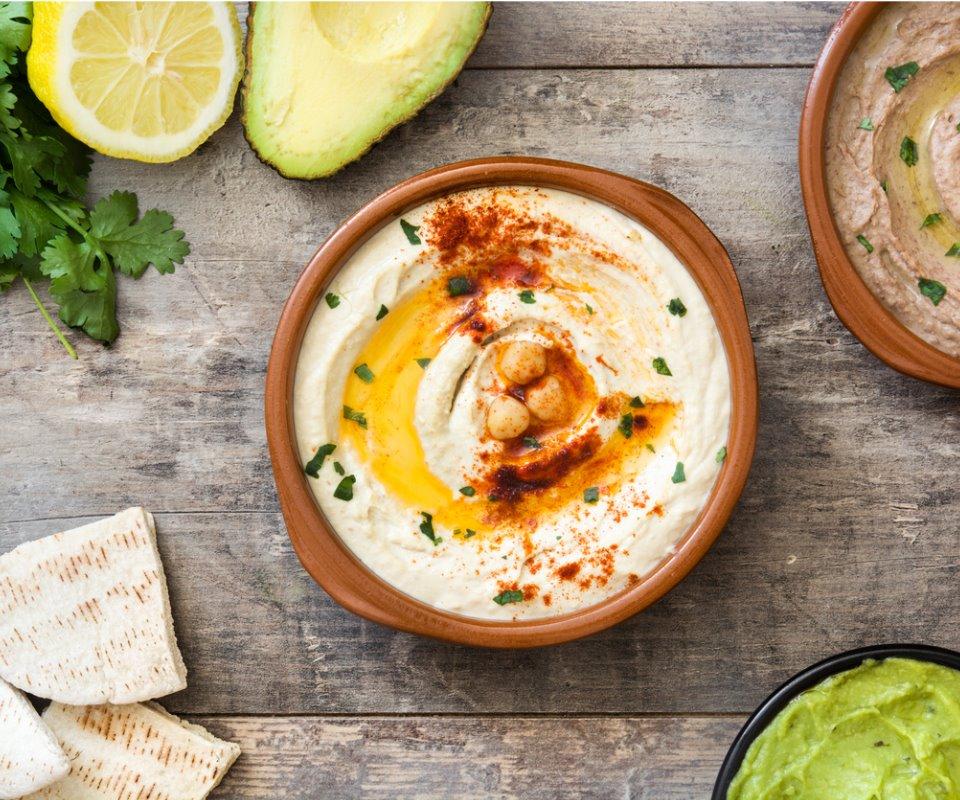 Rare is the cupboard that does not house a tin of chickpeas. A great source of bulk protein, they are brilliant in pretty much any curry. They’re also used widely in Spanish cooking – try braising a tin together with some fried chorizo in white wine, before wilting through handfuls of spinach and squeezing over some lemon juice to serve with rice or roasted potato chunks. You can, of course, also make your own hummus. Just blitz up a tin of chickpeas with 5 tbsp extra-virgin olive oil, a couple of cloves of garlic, 3 tbsp of tahini (if you have it) and the juice of a lemon. Season well and enjoy at lunchtime with carrot sticks and strips of pitta bread.

Canned beans are store-cupboard royalty. They’re particularly useful when it comes to stretching out leftovers to make another meal – if you’ve only got a little bit of chicken, pork or beef left, reach for the beans! Try kidney beans added to pork or beef leftovers in a cumin-flavoured, chilli-spiked tomato sauce to serve on a bed of rice – or to roll up with rice and grated cheddar in a tortilla to serve as a burrito. White beans, such as cannellini, are a good addition to an Italian minestrone soup. Black beans go well with coconut-flavoured, Caribbean-accented rice to serve alongside jerk chicken, while butterbeans suit the Spanish treatment – swap them for the chickpeas in the suggestion above.

Tinned brown lentils are another good way to bulk out leftover protein. Pre-cooked, they can be tossed straight into stews, braises, tomato sauces, pie fillings and soups, as well as pasta dishes. Try cooking them with a little garlic and white wine, before stirring through some halved cherry tomatoes and handfuls of baby spinach, to serve as a bed for white fish. Or add to fried onion, carrot, celery and bacon to serve alongside roast pork. 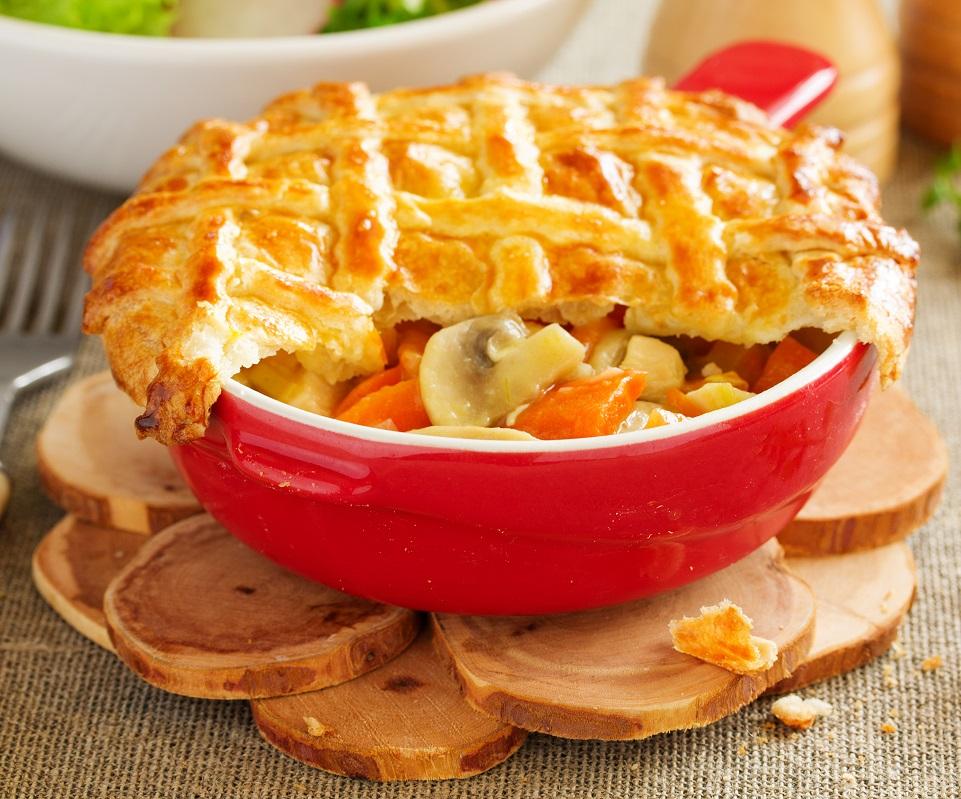 Tinned soup is a handy lunch option but you can also use it in your cooking. Tomato soup is a good substitute for chopped tomatoes in a spaghetti bolognese. Chicken soup makes a good base for a pie. Just add leftover roast chicken, some tinned lentils or white beans and any vegetables you have to hand (butternut squash, carrots and green beans are all good) and top with puff pastry or mashed potato. Mushroom soup, meanwhile, works well as the base for the sauce in a dish of IKEA-style Swedish meatballs.

The number one use for coconut milk is, of course, curry - both Indian and Thai - though there are plenty of others. It’s a good medium to cook rice in – whether in a dish of Jamaican rice and peas, as coconut rice to serve alongside a curry, or in a Thai short-grain rice pudding to serve with mango and toasted sesame seeds. You can use it to make soup – try pairing with prawns, lentils, lime juice and spices such as coriander and turmeric. It makes great ice lollies, too. Just whizz up some coconut milk with lime juice and the fruit and syrup from a tin of pineapple, decant into moulds and pop in the freezer.

It may not be fashionable, but corned beef is a good stand-by. For lunch, it’s hard to beat corned beef hash.  Just fry cubed corned beef with roughly chopped cooked potato, sprinkle over plenty of Worcestershire sauce and top with a fried egg. For supper, it also pairs well with cooked, diced onions, swede and carrot in homemade shortcrust pasties and pies.

Discover More
Never miss a thing.
Deals, recipes and a £2 off coupon* when you sign up to the McColl’s newsletter.
*Min spend: £8